Assembly in industrial production refers to all operations involved in the assembly of parts which have a geometrical shape.

The basic suboperations of an assembly process are:

Assembly is usually the last stage of a manufacturing process. In industrial production, components and groups of components are assembled according to schedule into finished products or higher level part products.

A distinction is made between different procedures, such as the:

In single piece assembly workstations are usually arranged according to the workshop or construction site principle. The entire assembly work is not divided into several jobs but takes place at on location. It is mainly applied in single-part manufacture or very large and heavy products.

Within line assembly workstations are arranged according to the assembly process. The objects are moved through the assembly line with or without a conveyor system. The entire assembly work is divided into several workplaces and is done in small batches as well as in series production.

The assembly work is so flexible that individual workstations can be assigned different scopes of work. The cycle of the assembly process is therefore not possible for line assembly. At the same time, however, there is a defined division of labour.

In flow assembly, the workers perform only a small part or a few simple steps of the assembly work. The materials are conveyed from station to station using assembly lines or other types of conveyor. Handling is exactly matched to the available time window. It is mostly used in mass production.

If transport and assembly take place in a fixed rhythm, flow production is time-bound. Temporal flow assembly is considered to be an efficient manufacturing process that allows high productivity. Capacities can be planned very precisely which is a pre-requisite for low storage costs. 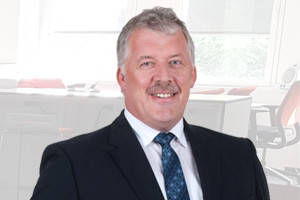 © 2020 by Kloepfel Engineering GmbH
Back to Top